Awesome Facts You Should Know About Node js Development

One aspect we are going to look at is the Node js development. Node.js is an open source runtime system that was developed by Ryan Dahl in 2009, to extend the capabilities of JavaScript to the servers.

Ever since its invention, Node js development has become popular with developers around the world in creating APIs and building new matrices that can be used on the internet. We are going to look at six common things that any developer should know about Node js development.

JavaScript is an object-oriented, quirky language that looks like the language C. It is by far the primary choice of web development projects with new frameworks released each week. When you add Nodejs, JavaScript extends to the server side. Different implementation teams that are competing have taken JavaScript to a whole new level, making Google's V8 engine to become fast enough to be at the central part of Node js development.

JavaScript has the capacity to control an event loop mechanism. Other languages also have their evented systems, like Twisted for Python, and EventMachine for Ruby. But of these event systems, JavaScript is the only one that is free from performance mistakes which are common in the others.

JavaScript Object Notation is a compound, practical, popular data exchange format. It has enabled JavaScript developers to construct APIs much faster and also foster their interoperability, which is a key characteristic of the Nodejs. The simplicity of JSON's stark can be easily expressed in the following railroad parse programs ( RELAX-NG, SOAP, XSD, WS-* XML).

JSON has made JavaScript more relevant today that it was in the past. JavaScript has become dependent on JSON because of JSON's general purpose data description that has enabled document-oriented NoSQL databases like CouchDB and MongoDB to exist.

The community of Nodejs developers exists on the idea of sharing. It is very easy to share library code packages in a cultural, technical, legal and procedural way. Nodejs development also comes with the Node Package Manager, growing to a repository of close to 50,000 packages, making it easy to access a Node js developer's already packaged solution to the problem you are facing, or a solution to another problem.

4.The broad use of the Package Manager

Node.js has been made for production purposes. This means that Node js development has the necessary tools to take an application to production standards. As technology advances, there are some areas that require more tools, documentation and best practices. Node.js can be said to have a solid foundation in all these areas.

Node.js core and Node.js applications are divided into modules that are shared and composed. Each tool and package can be crafted and scooped tightly into manageable parts which can be baked together. The carefree nature and the low-barrier environment available when creating a module encourages community experimentation. When it is well executed, each package can take care of one task.

As a Node.js developer , or if you are familiar with JavaScript, you should know that Node.js is the best solution to Web problems. It is also important to know that Node.js is not particularly useful in a single-threaded calculation like in classification or successive approximation. In these circumstances, the Node js development can drop the request to a specific independent library that is equipped to handle that task.

Node.js is growing, and it is used in mission-critical systems like eCommerce infrastructures. It is easy to learn more about Node js development which is complex enough to handle modern Web challenges. 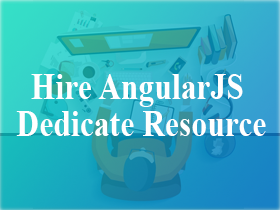